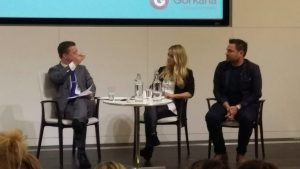 On Thursday 24th September, Gorkana, ‘market leader in global media intelligence’,  held a media briefing with StyleHaul – the largest European fashion network which houses over 6,000 YouTube channels – and star ‘vlogger’ (a contraction of ‘video’ and ‘blog’), Fleur de Force. The event shone a spotlight on the ever-changing relationship between bloggers and plethora of media platforms (writes Cyrielle Kpozé).

As a recent intern at Clementine Communications, the event felt particularly exhilarating. The building, 30 Euston Square, was both majestic and bustling with PR executives, journalists and bloggers. 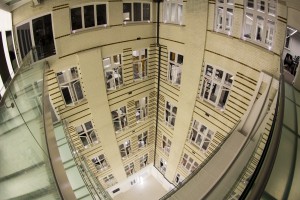 Providing a platform and knowledge base for its sizeable vlogger network (boasting a combined 224m network subscribers), StyleHaul works with brands to provide targeted exposure to the relevant audience while giving consumers access to a wealth of beauty content.

I learnt Fleur de Force, one of the most influential UK vloggers, joined the network three years ago, subsequently amassing over 1.3 million YouTube subscribers and TV appearances.

“Everyone talks about different things so the definition is pretty loose, but it’s essentially filming yourself talking about something you’re passionate about,” advised Fleur de Force. But despite the apparent simplicity, I learnt being a vlogger demands a lot of work. The key is quality content (creating and posting at least one video per day), resulting from good story writing and efficient editing.

Then there is the constant interaction with ‘fans’ to ensure a personal connection between vlogger and audience too. Essentially, the public needs to feel a kind of “intimacy” and “friendship” with their favourite vlogger.

An opportunity for brands to speak directly to the target

StyleHaul viewership is predominantly composed of women with an average age of 35, although because viewers tend to follow the adventures of their favourite YouTuber long-term, the figure is likely to become more mature – despite the common misconception that YouTube is solely for pre-teens and teenagers.

Because the vloggers are “friends” for their viewers, viewers tend to listen more closely to their advice on products and indeed want to emulate the people they might even admire. Vlogging, with creative story-telling is also a fine way to present the product in practical, patient way. As a result, Youtubers are now known for being able to bring interest via impressive new ideas.

“It has to be a conversation,” de Force emphasised. “That’s the first thing I say to any brand – you have to put on the table what you want to achieve from it while staying true to the native content. Essentially today’s audience are more savvy than ever. The only way to get around it is to make great content that they want to see. They need to find the balance between showcasing the product and maintaining the tone of the vlog or no one will come back.”

PRs and vloggers: an evolving relationship?

PRs must identify the right vlogger and content for a product and work out which relationships are best for their brand. “Identify people who are actually influencers rather than trying to get free products,” said de Force.

While brands are not expected to pay vloggers for product promotion, they must understand that if they wish to control the review, it is usual to give something in return. “If the brand wants a good review, it has to pay or make great products,” Fleur de Force joked. But checking if the YouTuber already made videos about the brands assures a passionate and creative review for free.

One thing remains certain: spending time to know the vlogger and their videos really helps build a long-lasting relationship between PRs, brands and vloggers.