Clementine Communications is delighted to announce its appointment by Small Beer Brew Co., an award-winning beer and brewery based at the heart of South Bermondsey. Having launched the world’s first small beer brewery, co-founders James Grundy and Felix James are clear in their promise to create great tasting beer with a low ABV, and Clementine are on board to help voice this message.

In a statement on their recent appointment, co-founder James remarks on why they chose Clementine Communications after a competitive pitch process,

“Clementine’s ‘no task is too big’ attitude & boundless drive impressed us immensely. When you’re looking at an entirely new innovation & indeed category within the drinks industry it’s exactly the energy that we wanted to see!”

On brewing beers that have a low ABV of 0.5% and 2.8%, Small Beer Co. is reviving a tradition lost in the 19th century. From 1600-1800’s, when clean drinking water was scarce and consumption could be fatal, small beer replaced water as the safer alternative, and it was drunk everywhere from the workplace to schools. And these small beers have a big taste. Without cooking off the alcohol or stripping it out via reverse osmosis, the beers are brewed to strength with only the finest ingredients.

Small Beer Brew Co. demonstrate a commitment to sustainability, and amongst a host of initiatives including using renewable energy and recyclable packaging, it champions a ‘dry floor’ policy at the brewery. This refers to the reduced amount of water used in the brewing process, which it cuts from the preferred industry standard of 8-10 pints, down to just 1.5 per pint of beer brewed.

As well as producing world-class beer, the brewery itself doubles up as an artistic venue, playing host to the already infamous #SmallBeerSessions, a variety of live music, comedy nights, yoga classes, panel discussions, weddings and other private events. 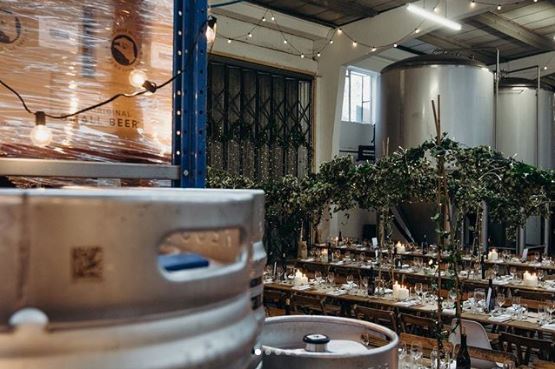 Clementine will focus on building the brand’s profile with particular attention on the history, sustainability, craftsmanship and world-class taste behind the beer. The account will be managed by Aggie Verdin and supported by Rachel Brooks.